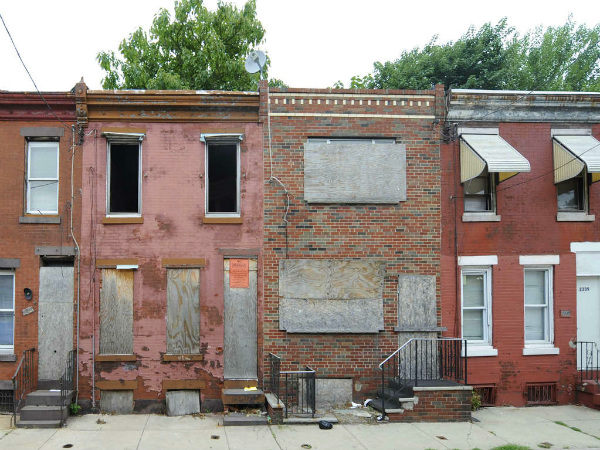 About 400,000 Philadelphians live in poverty, including nearly four out of every 10 children. The next mayor could enlist the entire city in the effort to provide hope for a better life for those living on the margins. (CLEM MURRAY / File Photograph)

Several years ago, I offered to give a new resident of Philadelphia a tour of the city. She was grateful but declined. Having lived in the suburbs, she said she knew Philadelphia quite well. After some back and forth, it was clear what she knew was Center City. My tour included the other Philadelphia: the good, the bad, and the ugly.

One Philadelphia is vibrant. New condos, ample restaurants, an exciting cultural scene, fashionable shops – something for every generation from millennials to baby boomers. The energy is palpable as you walk the streets – safely.

But there is the other Philadelphia, where poverty lives and gives birth to unemployment, crime, high dropout rates, and, worst of all, hopelessness.

For many people, this part of Philadelphia is out of sight and out of mind.

About 400,000 Philadelphians live in poverty. That’s close to the total population of Pittsburgh and Allentown combined – the state’s second- and third-largest cities. It includes nearly four out of every 10 children in Philadelphia.

The problem of poverty is deep and distressing, bad enough to make you put your head in the sand. And we’ve done a good job of that. Still, we pay for it big time.

We spend the bulk of the city’s budget on prisons, police, courts, prosecutors, and social services like behavioral health, child protection, and delinquency programs – all problems that largely arise from poverty. It keeps about half of the city’s 22,000 employees busy. Most of these resources go to protect the rest of us from those living in poverty or to alleviate the pain of those living in poverty – not toward actually reducing poverty.

And yet, when people clamor for cutting the size of government, they don’t talk about reducing poverty, just waste. When people advocate tax incentives to create jobs, there is little talk about targeting those jobs where they are needed most. And 55 percent of revenue lost from property-tax incentives comes from the pockets of the public schools, pockets we should be filling so students can have a decent education and a shot at avoiding poverty. This is Philadelphia’s version of trickle-down economics. Without poverty reduction, job creation only widens the inequity gap.

Philadelphia is not alone in this mess, but our poverty rate is near the top among major cities, not exactly the category where you want to lead the pack.

Urban poverty has been decades in the making. In the post-World War II era, a large number of minorities came north for factory jobs. Unfortunately, not long after, jobs started heading south. Indeed, if that woman had taken my tour, I would have shown her where Stetson Hats used to employ thousands of neighborhood folks, as did Baldwin Locomotive and scores of other manufacturing and textile firms.

Those were the so-called good old days. Today, we live in a new Gilded Age where the focus is on wealth creation, not job creation – at least not jobs for those who need them the most. Even many of our unions, which were established to reduce poverty, champion job-creating building projects but impose significant barriers of entry for those seeking construction jobs to escape poverty.

Of the issues we have discussed in this mayoral election series – education, pensions, ethics, and now poverty – this issue is by far the most difficult. Poverty is largely passed on from one generation to another. There is no one answer or set of answers to break the cycle. Nonetheless, it is the most important challenge facing Philadelphia – from a tax burden, quality-of-life point of view and in defining who we are as a people and what we can become as a city.

Mayor John F. Street had his ambitious neighborhood transformation initiative. Mayor Nutter created an Office of Community Empowerment and Opportunity, which has issued a road map sfor fighting poverty. Other cities, such as Providence, R.I., have their own road maps. Seattle has imposed a tax for preschool education. Savannah, Ga., has a collaborative among business, government, and nonprofits to reduce poverty (www.stepupsavannah.org).

Can a mayor really make a difference? To be honest, I don’t know. But I do know that a mayor must really try. What’s the alternative? To say this is as good as it will get? A city with a 26 percent poverty rate, a median household income that ranks 24th among the top 25 cities, and an unemployment rate that hovers near the top?

The next mayor must make poverty reduction not just his or her fight but a battle that involves the whole city. A problem long in the making will take time to reverse. An effective strategy needs to transcend one mayor. And it will also require a little bit of faith among the body politic.

With Pope Francis soon to visit Philadelphia, let’s recall what he has said about poverty: “The times talk to us of so much poverty in the world, and this is a scandal. . . . In a world where there is so much wealth, so many resources to feed everyone, it is unfathomable that there are so many hungry children, that there are so many children without an education, so many poor persons.”

And then let’s ask ourselves: If we were to give the pope a tour of the city, which Philadelphia would we be proud to show him?

There are no upcoming events
this time.